Primary Biliary Cirrhosis is a rare but fatal chronic liver disease of unknown cause, with a prevalence of about 50-cases-per-million population. The primary pathologic event appears to be the destruction of interlobular bile ducts, which may be mediated by immunologic mechanisms.
Between January, 1974 and May, 1984, the Mayo Clinic conducted a double-blinded randomized trial in primary biliary cirrhosis of the liver (PBC), comparing the drug D-penicillamine (DPCA) with a placebo. There were 424 patients who met the eligibility criteria seen at the Clinic while the trial was open for patient registration. Both the treating physician and the patient agreed to participate in the randomized trial in 312 of the 424 cases. The date of randomization and a large number of clinical, biochemical, serologic, and histologic parameters were recorded for each of the 312 clinical trial patients. The data from the trial were analyzed in 1986 for presentation in the clinical literature. For that analysis, disease and survival status as of July, 1986, were recorded for as many patients as possible. By that date, 125 of the 312 patients had died, with only 11 not attributable to PBC. Eight patients had been lost to follow up, and 19 had undergone liver transplantation.

The considered data set comes from Counting Processes and Survival Analysis by T. Fleming & D. Harrington, (1991), published by John Wiley & Sons. On the following figure, one could see the survival curve and the mean number of events with respect to time. Notice, that this figure was generated using Datxplore. 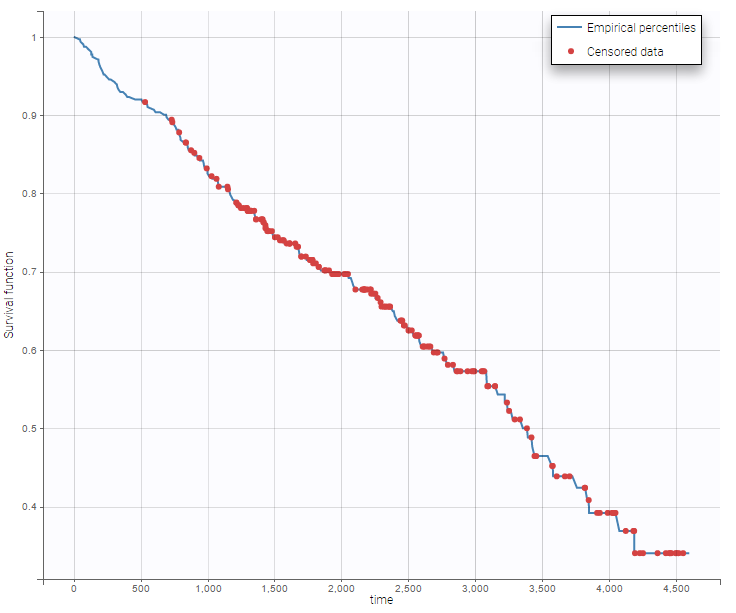 In this data set, there are a lot of available covariates

On the two following figure, one could see the survival curve with respect to the treatment. Notice, that this figure was generated using Datxplore. 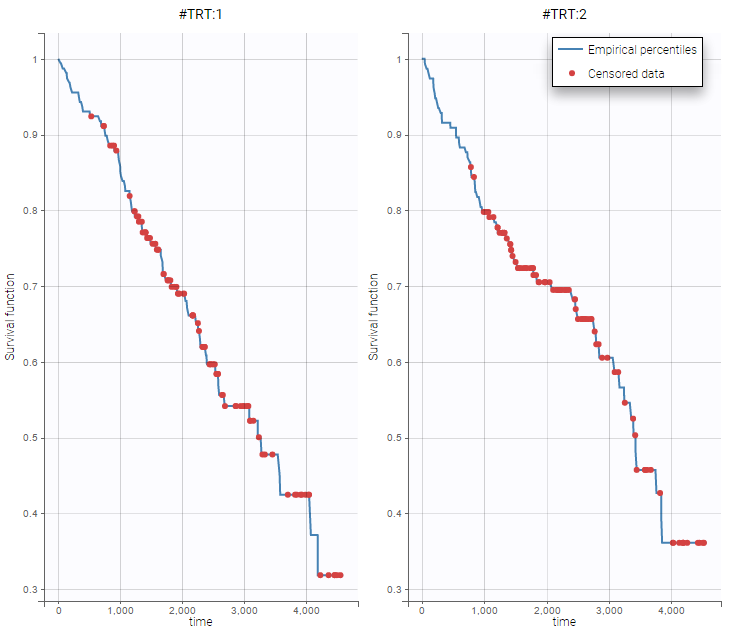