Influence of age and gender on the pharmacokinetics and pharmacodynamics of remifentanil. I. Model development. Anesthesiology, Minto, et al. (1997)

Remifentanil is an opioid analgesic drug with a rapid onset and rapid recovery time. It is used for sedation as well as combined with other medications for use in general anesthesia. It is given in adults via continuous IV infusion.

65 healthy adults have received remifentanil IV infusion at a constant diffusion rate between 1 and 8 µg.kg-1.min-1 for 4 to 20 minutes. The data set contains remifentanil admission characteristics (time and rate of infusion), dense measurements of remifentanil blood concentration during infusion and after (PK data), as well as dense electroencephalogram measurements (PD data) recording the depth of anesthesia. In addition, a list of covariates is available: age, gender, and lean body mass (LBM). Moreover, a variable TINFCAT classifies the patients in several categories with similar infusion time.

One can see on the following figure the remifentanil concentrations over time split in two groups (female and male). On each figure, the subjects with age lower than 50 are in blue while the ones with an age over 50 are in green. 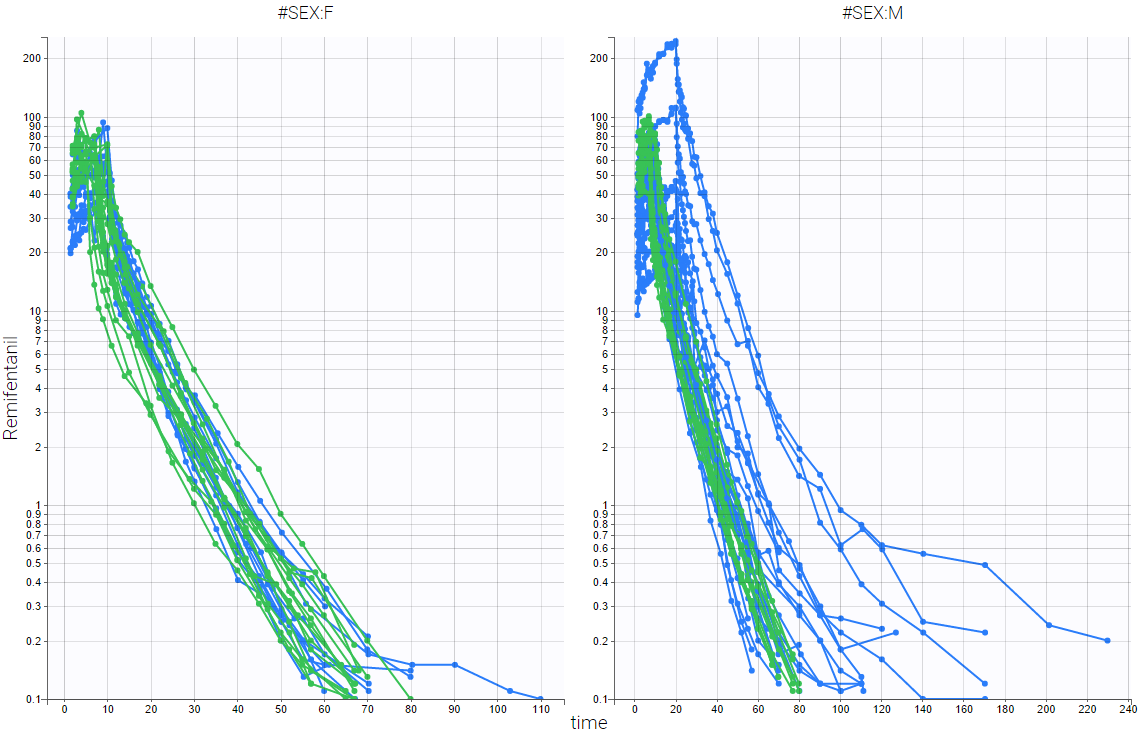 On the following figure, one can see the electroencephalogram measurements with respect to time for all subjects. 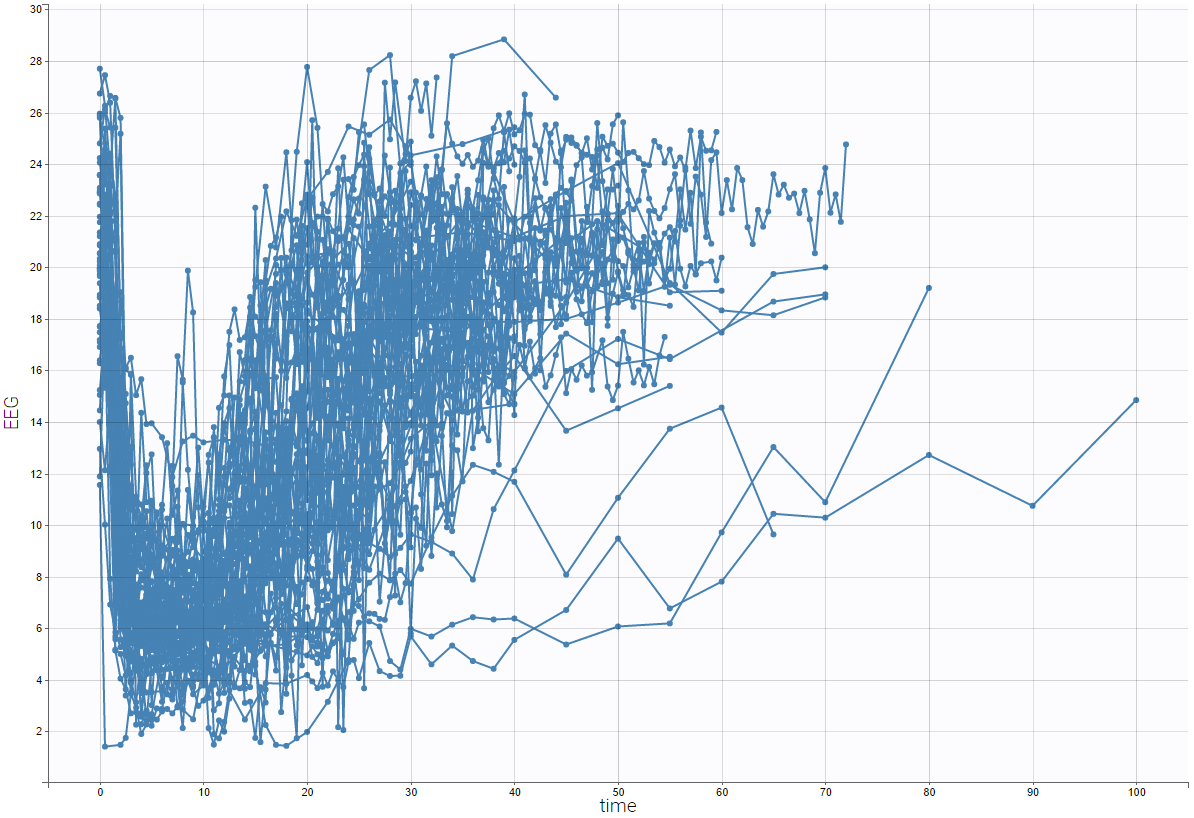 The data set and datxplore project file can be found in Datxplore demos.