Veralipride is a benzamide neuroleptic medicine indicated in the treatment of vasomotor symptoms associated with the menopause.
In this dataset, 100 mg doses of veralipride were given to 12 healthy volunteers by oral solution. Individual plasma concentrations of veralipride (ng/ml) were observed at 16 time points during 24h (time is measured in h) after the administration. Doses were given in the morning after an overnight fast, and subjects fasted up to 4 hr after drug administration in each case.

This data set is displayed on the figure below. For some individuals, as the one highlighted on the figure, a double peak in plasma concentrations was observed after oral administration of the solution. 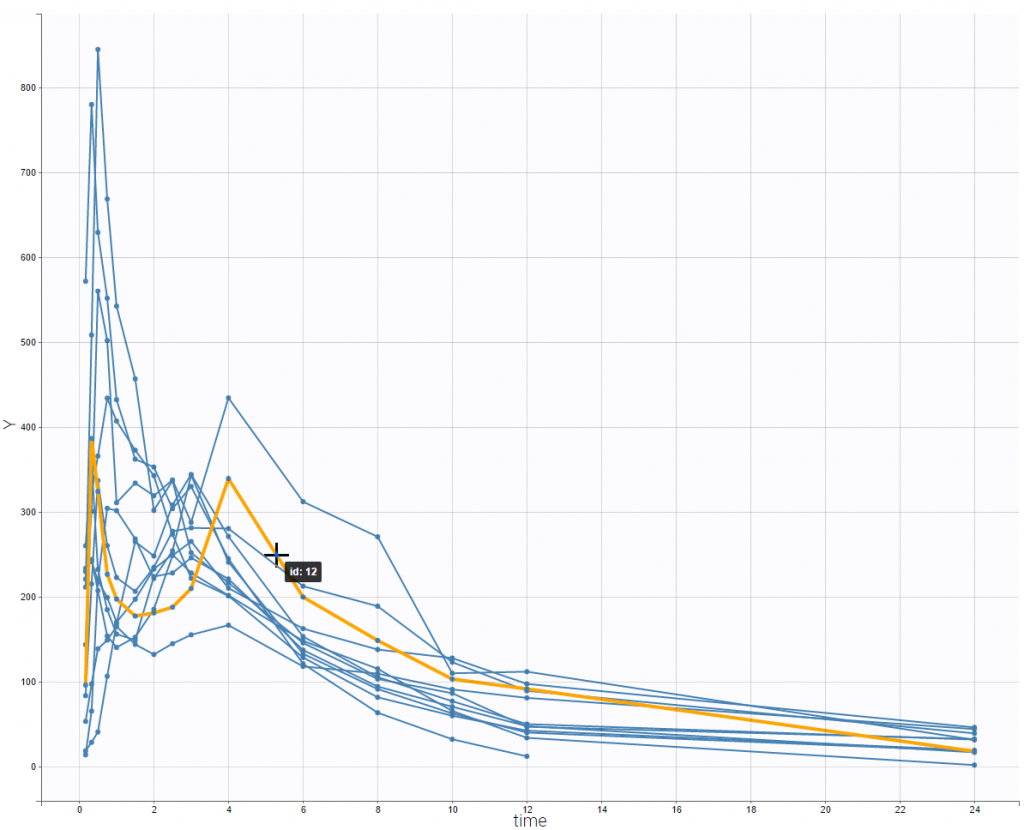 This double peak phenomenon is not systematically noticeable, as can be seen on the next figure. 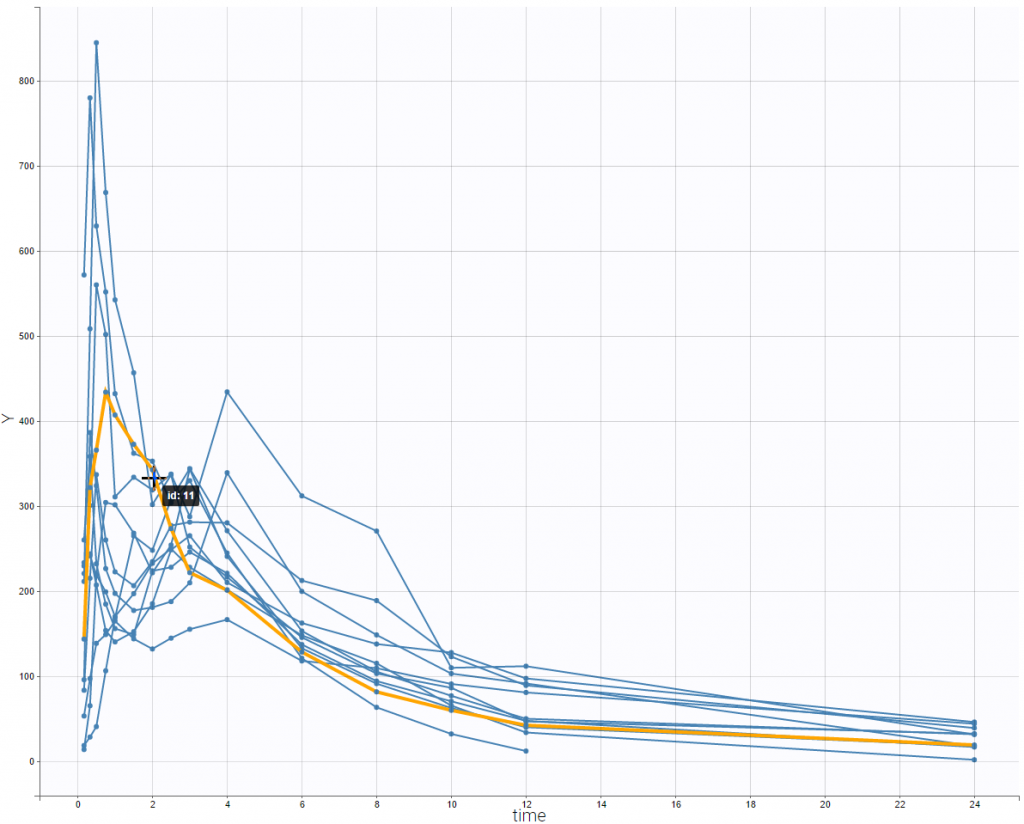 The data set and datxplore project file can be in Datxplore demos.