In this data set, 111 patients have been administrated a placebo or an active treatment. At randomization and at four visits during the treatment, their respiratory status was determined as being “poor” or “good”, which constitutes the categorical output. Covariates such as center, sex and age were also recorded. The goal was to evaluate the effect of the treatment on the respiratory status.
This data set has been originally published in:

Davis, C. S. (1991). Semi-parametric and non-parametric methods for the analysis of repeated measurements with applications to clinical trials. Statistics in Medicine, 10(12), 1959–80

Below we show a snapshot of the data set:

The definition of the columns is the following: 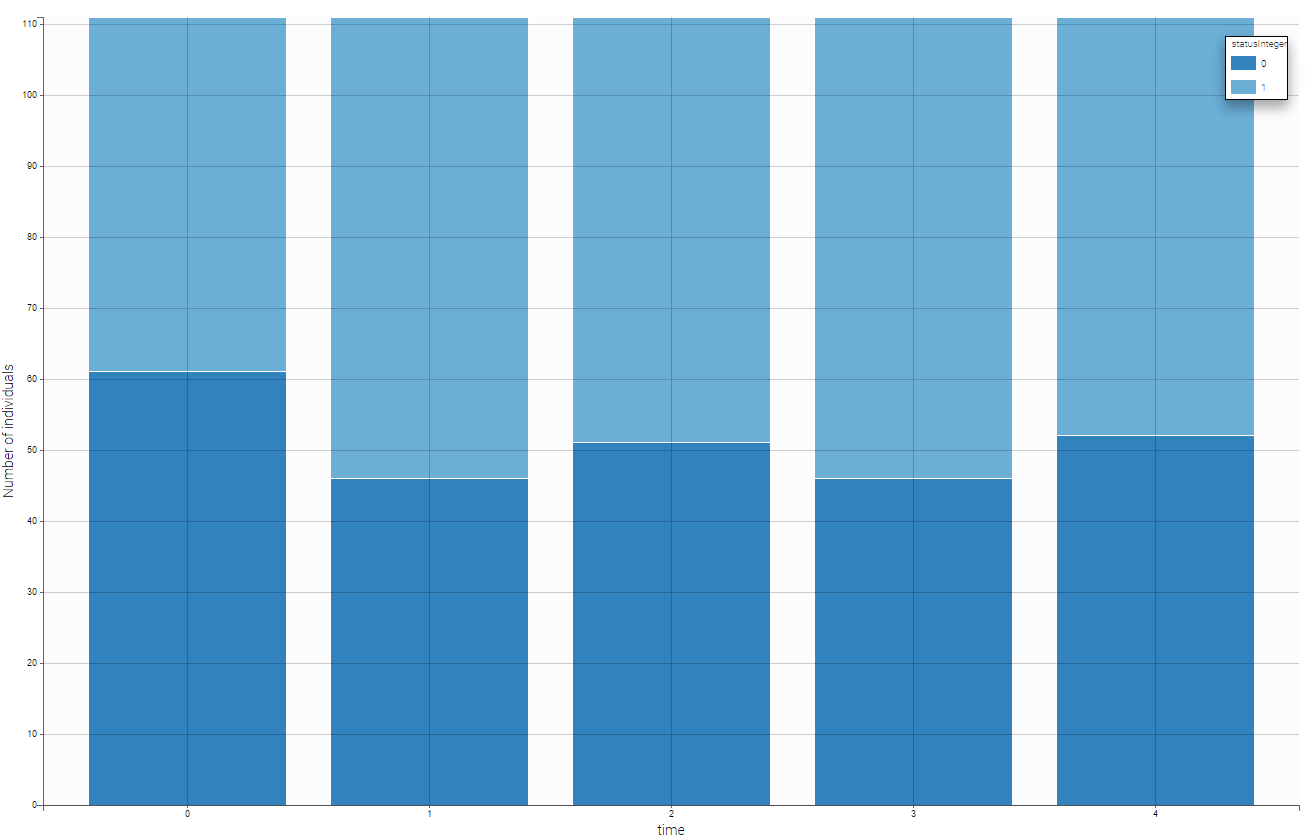 Several points can be noticed:

When loading this data set into Datxplore, one can easily visualize the number of individuals with “poor” (coded as 0, in dark blue) or “good” (coded as 1, in light blue) respiratory status over time in the case of placebo (left) or active treatment (right): 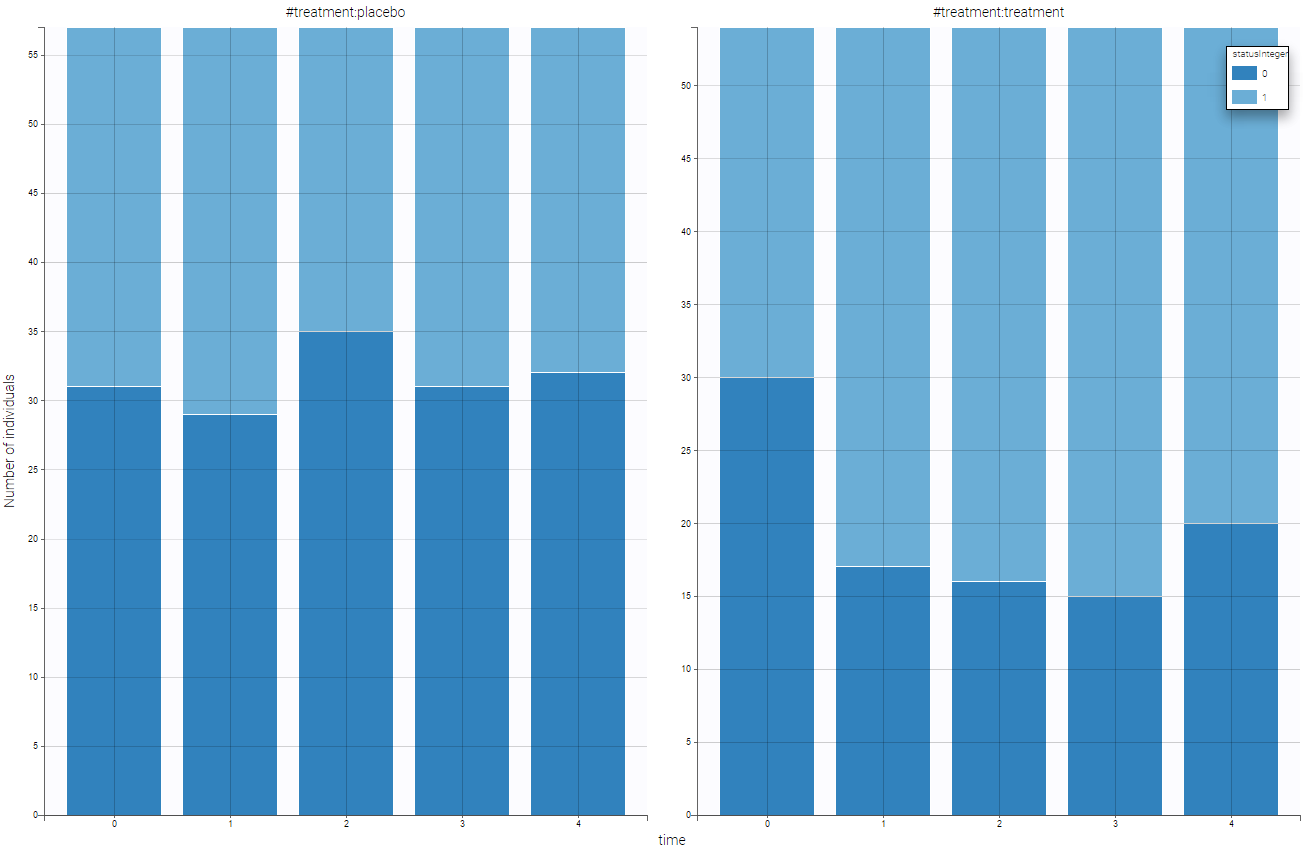 Based on this figure, it seems that the treatment is efficient a priori. We can additionally look at the other covariates and the impact on the output. One can split by sex as can be seen on the following figure. 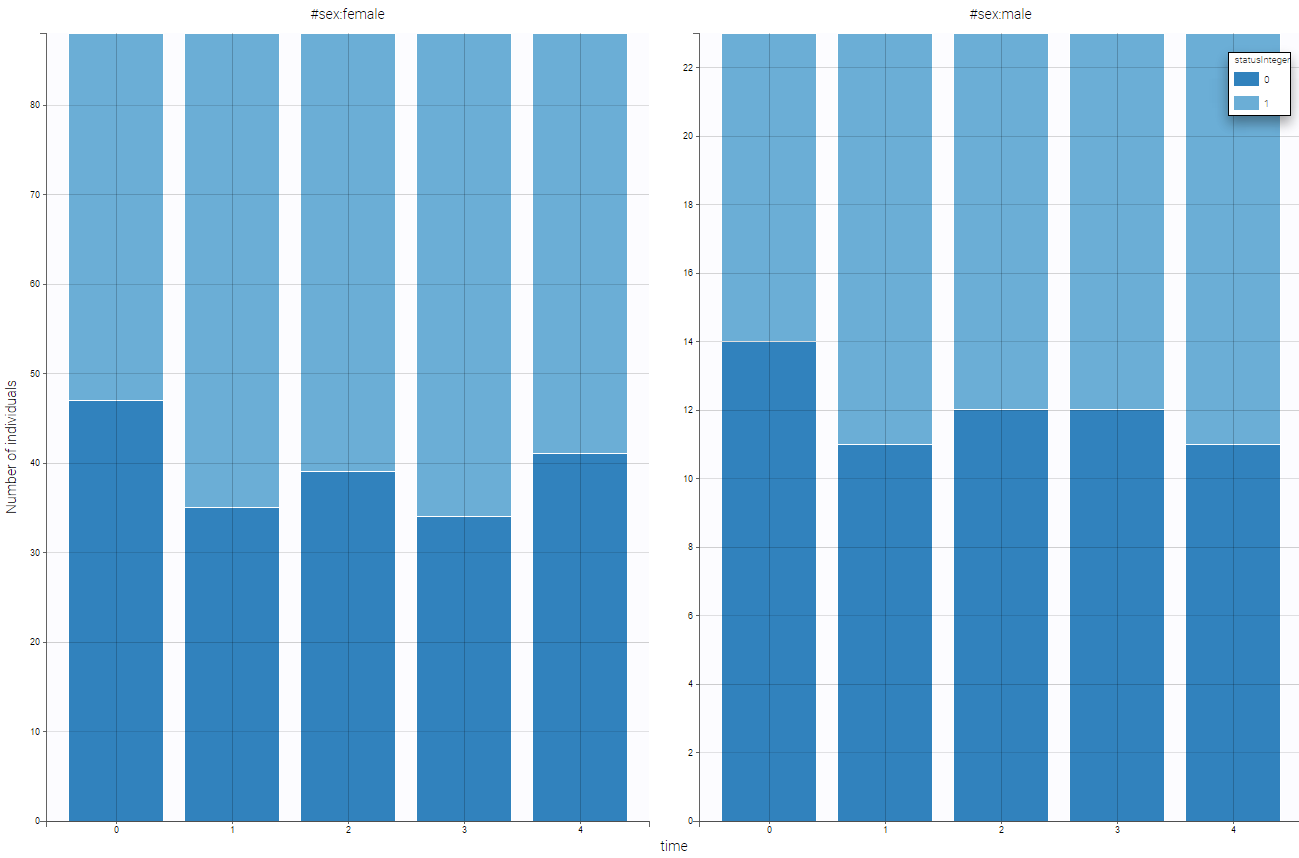 In that case, the sex covariate seems not to influence a lot the output.