In a study conducted by the US Veterans Administration, male patients with advanced inoperable lung cancer were given either a standard therapy or a test chemotherapy. Time to death was recorded for 137 patients, while 9 left the study before death. Various covariates were also documented for each patient.
The primary goal of the study was to assess if the test chemotherapy is beneficial. Secondary goals included the analysis of covariates as prognostic variables.
This data set has been published in D Kalbfleisch and RL Prentice (1980), The Statistical Analysis of Failure Time Data. Wiley, New York. The data set can be seen in Datxplore demos.

A snapshot of the data set in shown below:

The structure of the data file is the following:

Using Datxplore, one can visualize the Kaplan-Meier curve. The censored data are indicated by red points. 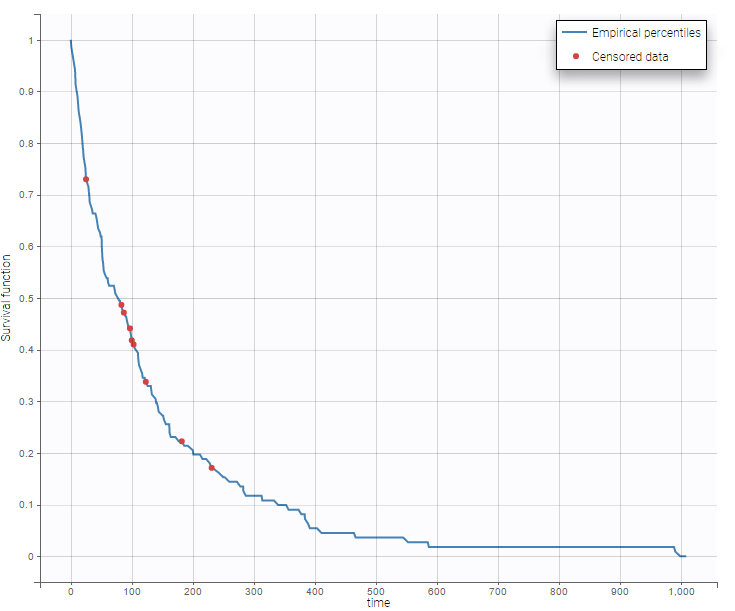