These data are from the National Institute of Mental Health Schizophrenia Collaborative Study and are available here. Patients were randomized to receive one of four medications, either placebo or one of three different anti-psychotic drugs. The protocol indicated subjects were to then be evaluated at weeks 0, 1, 3, 6 to assess severity of illness; additionally some measurements were made at weeks 2, 4, and 5. The primary outcome is item 79 on the Inpatient Multidimensional Psychiatric.
Scale which indicates severity of illness. We will analyze imps79o which is an ordinally scaled version of the original variable imps79 which has the following interpretation

Predictor variables of interest are TxDrug a dummy coded variable indicating treatment with drug or placebo. Below is an extract of the data set:

One can see on the following figure the evolution of the IMPSo with respect to time on both treated patients and patients with placebo. 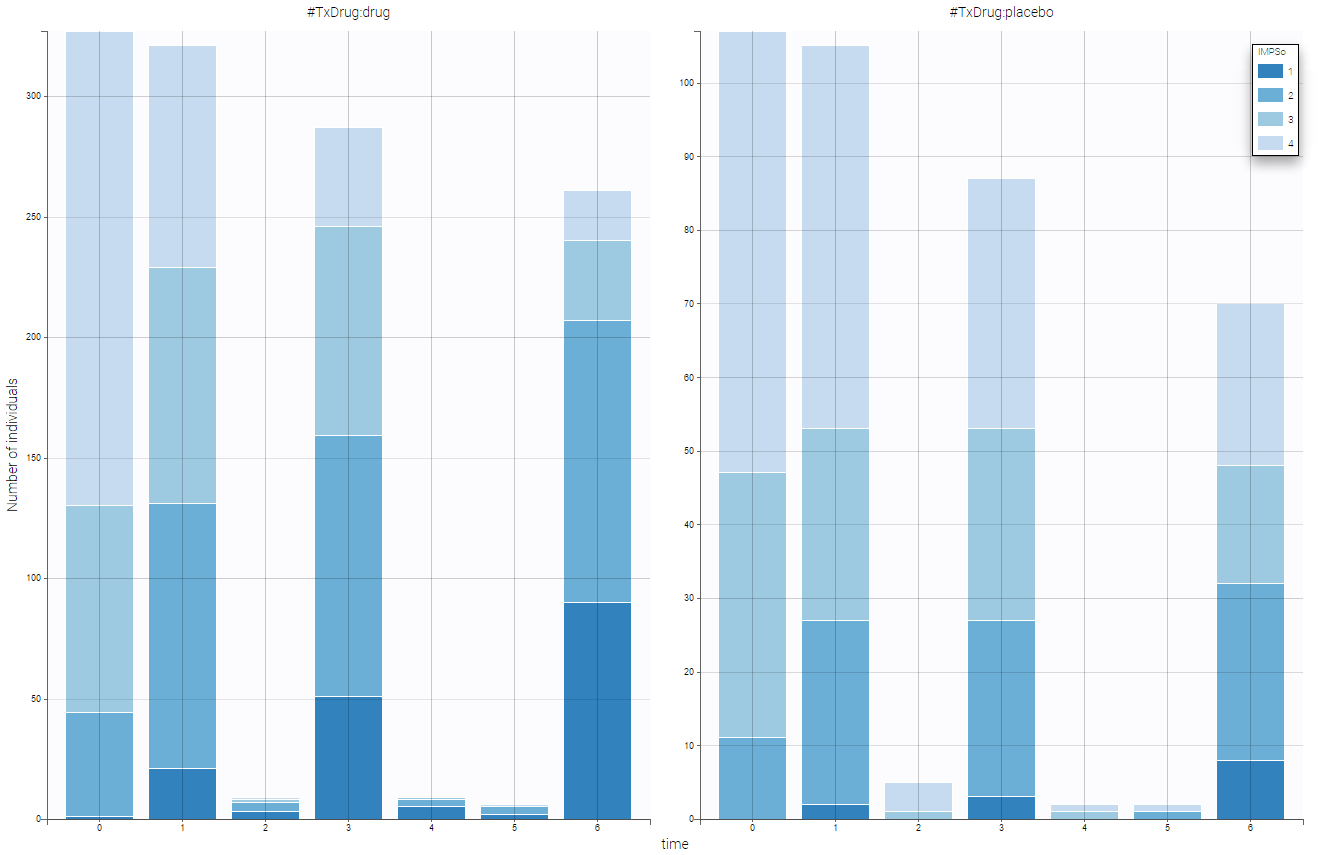