The following data set provides the data for a part of a large clinical trial carried out by the Radiation Therapy Oncology Group in the United States. The full study included patients with squamous carcinoma of 15 sites in the mouth and throat, with 16 participating institutions, though only data on three sites in the oropharynx reported by the six largest institutions are considered here. Patients entering the study were randomly assigned to one of two treatment groups, radiation therapy alone or radiation therapy together with a chemotherapeutic agent. One objective of the study was to  compare the two treatment policies with respect to patient survival. Approximately 30% of the survival times are censored owing primarily to patients surviving to the time of analysis. Some patients were lost to follow-up because the patient moved or transferred to an institution not participating in the study, though these cases were relatively rare.

The considered data set comes from The Statistical Analysis of Failure Time Data, by JD Kalbfleisch & RL Prentice, (1980), Published by John Wiley & Sons.The data set can be seen here, and the corresponding Datxplore project here (notice that both file should be in the same folder to be correctly linked).

On the following figure, one could see the survival curve and the mean number of events with respect to time. Notice, that this figure was generated using Datxplore. 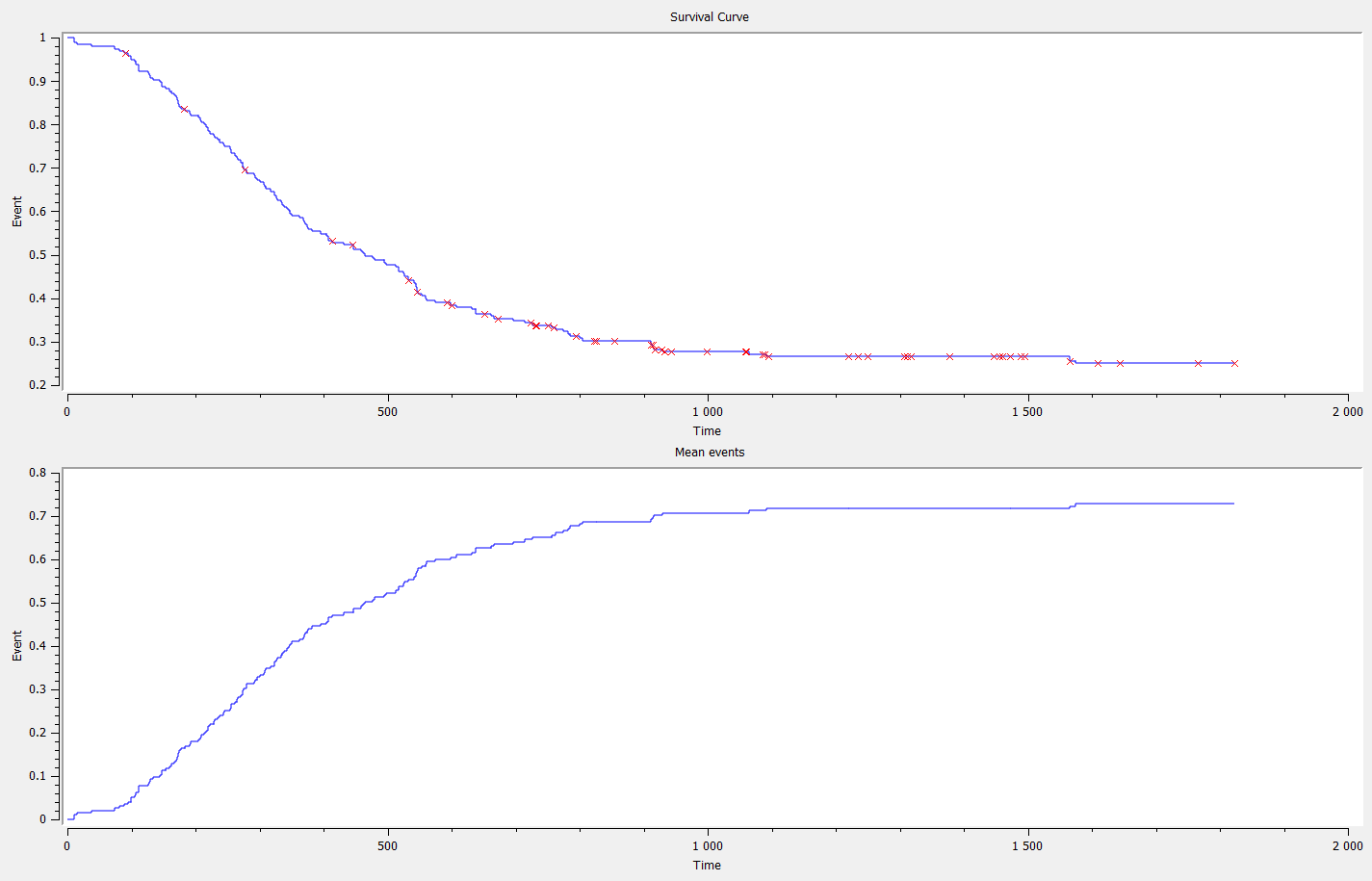 This study included measurements of many covariates which would be expected to relate to survival experience. Six such variables are given in the data (sex, T staging, N staging, age, general condition, and grade). The site of the primary tumor and possible differences between participating institutions require consideration as well.

On the two following figure, one could see the survival curve and the mean number of events with respect to time for two groups, the first groups concerns the subjects younger than 55 years and the other group concerns the other one. Notice, that this figure was generated using Datxplore. 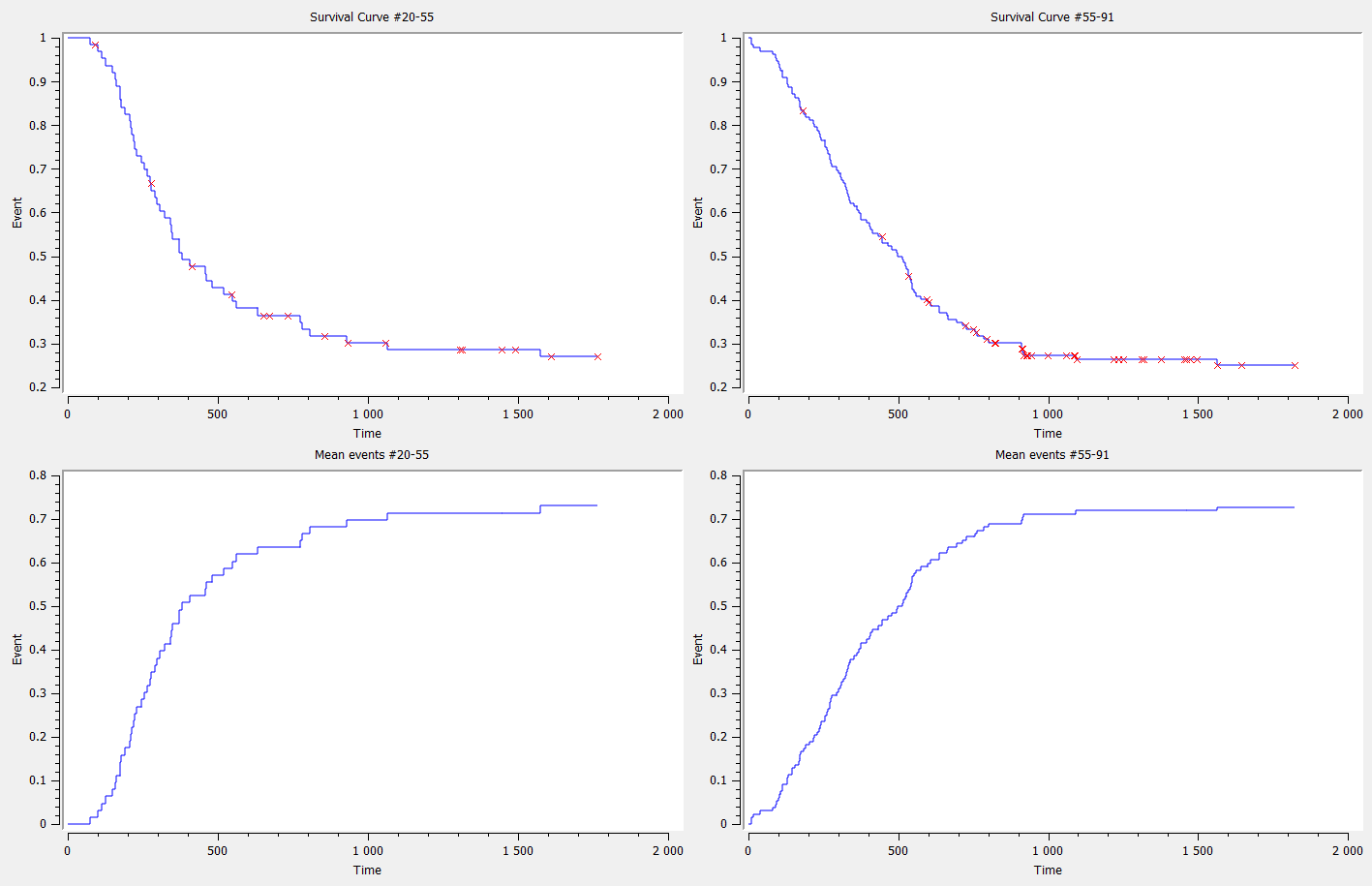